It has been so long since I got some day off and when I finally get my winter holidays, I waste em all otome games
Currently playing:
Once upon a fairy love tale
Oriental bride of the emperor
A Cinderella contract
My Forged Wedding PARTY
And just yesterday I started out a new game called ' false vows, True love'
Anyone reading this would understand how much dull my love life must be that I gotta resort to anime games to fill my life with a slight bit romance
But if you are an otaku and dream of anime guys to be real like I do then I am sure you will understand my feelings here especially when you get to be the main character of the story   (*´∇｀*)
Actually on tumblr I have seen that quite a lot of women play these games and even use their real cash to buy the stories
But I am happy even with the free games   ヽ( ´￢`)ノ 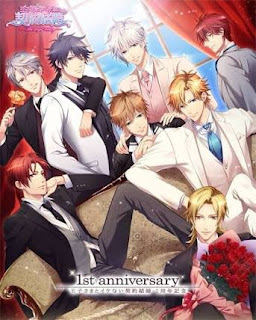 Let's start with A Cinderella Contract 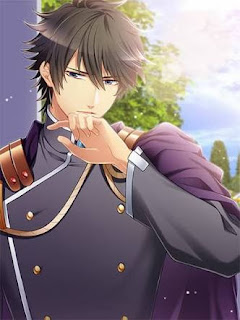 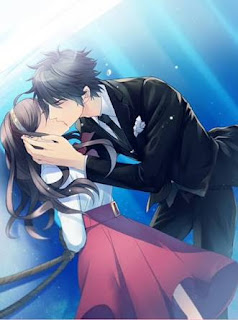 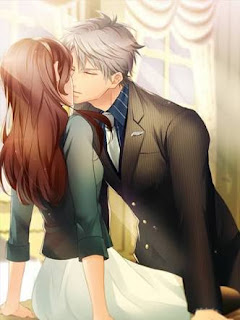 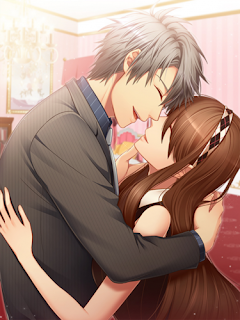 I started out by taking turkiye route which has Asena and Isuka to choose from, and as you can see its highly difficult to stick to one guy when both are so handsome >.<
Anyway currently I am going for Asena and almost nearing the end of this route and the story thus far has been rather touching and entertaining, but whole time I feel like jumping to isuka route because I feel sorry for him and he seems to be more my type :'D 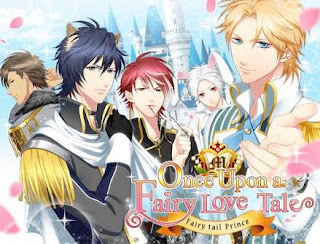 Next we have Once Upon a Fairy Love Tale 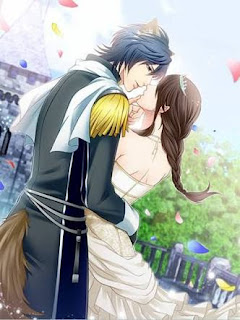 Ok so this game really impressed me because its concept is totally different from the other otome games.
In all the other games the main character is always a commoner meeting some high class person , but in this story the main character is the VIP and gets all the attention
And secondly... I really liked how they used up classical fairy tale princes here
Currently there are only 3 princes stories released
When i had started there were only 2

So I chose Luca who is the bad wolf from little red riding hood but here he looks so handsome and very much like an older version of ' Ikuto ' from the anime ' Shugo Chara '
The storyline is advancing pretty nicely here also
In this game the prince falls in love first that's another different concept and its not a love story but more like a magical fairy tale story which has a lot of action in it
Again I am almost nearing the end of the Luca route , probably 1-2 chapter more to go 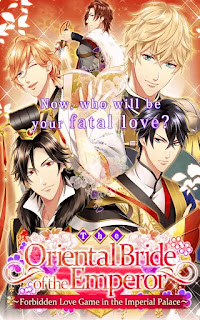 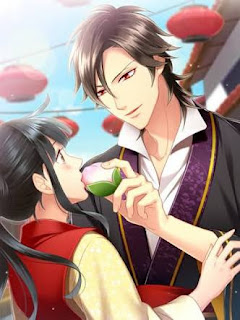 But unlike Fushigi Yugi the girl does not land into the book itself
This story is set in ancient time with the country in conflict with another neighboring country
This story was very much like some historical manga
After the prologue I didn't get the chance to choose my guy but instead I automatically got Liyue the main emperor as my guy
Well I don't really mind because his storyline was very sweet and even till the end i was sympathizing with him
I have finished one ending of his and now when I got the chance to choose another guy, I chose him again in order to get his other ending
Yes his story was that good
But now I get rather lazy upon doing the game lessons  (◍•﹏•) 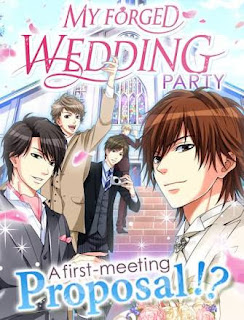 Ok now its time for My Forged Wedding PARTY 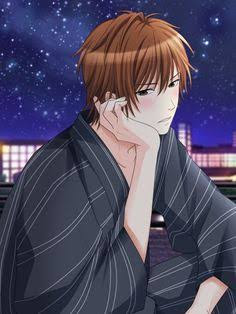 This game..  When it was released by Voltage.inc 2-3 years ago, I wanted to play it really badly but we needed to pay for each chapter like all the Voltage games
Back then there wasnt as much varieties of Otome games as there are now and its story seemed really good back then
I was really excited when its free version finally came out
But now I am so lost in the other games that I often to play this game 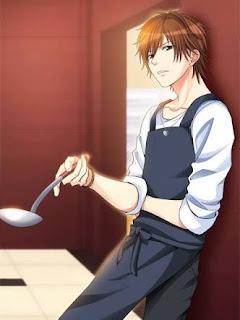 Currently I am pursuing Yamato Yagami Route
He is a normal school teacher and the story is very homely kind and barely any action in it so far
And the Yamato seems like a pretty tsundre guy to me , also he is a very housewife kinda who is a great cook and good at housework which in my opinion is a pretty awesome quality in a guy and i would love to meet a guy like that 😫 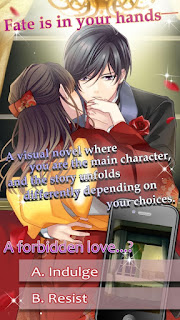 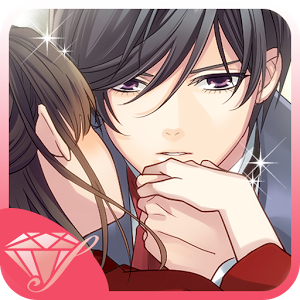 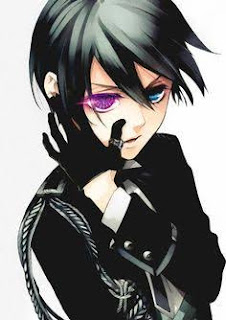 And the boy in it looked like an Older version of ' Ciel ' from the anime ' Black Butler ' excluding the eye patch of Ciel
Actually so far even his nature seems similar with him
Ok so the story as well as the game play is extremely different from all the above mentioned games
The girl swaps places with a rich look alike friend of hers and finds herself in a high class Noble family, engaged to a rather cold man Akihiko who looks like Ciel :p
When the game got to interesting part i ran outta energy (ˇ_ˇ”)
It seems to have 19 hours of cool down ,so i guess i gotta wait a few more hours to read the next part? :'D

Anyway this turned out to be a bigger post than I had anticipated but yeah... That's how badly addicted I am to these games nowadays 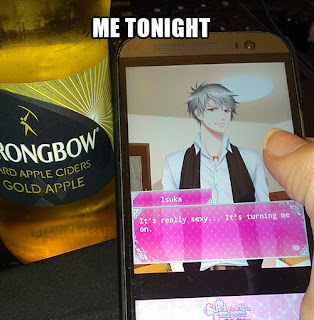 This image perfectly describes me right now ヽ(●´∀｀●)ﾉ
Posted by S Naila Ahsan at 17:54 3 comments: Links to this post

S Naila Ahsan
Hello I am S Naila Ahsan From India I am currently a Student and love blogging to share out my experiences and feelings about everything :)